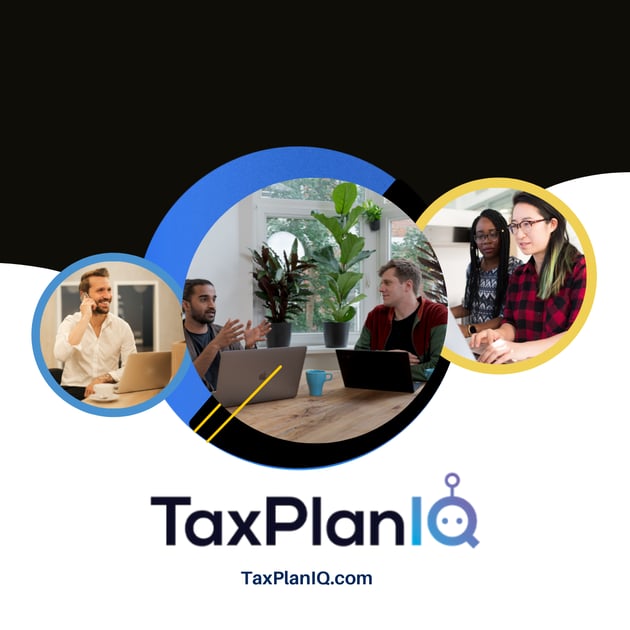 Putting together a tax plan isn’t always easy. Then, once your plan is together, you have to find a way to explain to your client that working with you is the best way to optimize their savings and produce a strong return on investment.

This difficult task becomes more manageable with the help of TaxPlanIQ.

In today’s case study, Sharla will meet with Luba to discuss the best route for optimizing her client's retirement funds. They’ll use TaxPlanIQ to compile their options and measure Luba’s client’s ROI so she can easily demonstrate her value to them.

Last year, Luba’s client earned more than a million dollars. The client is a scientist from California who owns his own company and has a consulting business. He is single, 50 years old, has a high income, has no dependents, typically spends less than $5,000 on medical expenses, and owns a home. The client has also maxed out on social security and self-employment.

His main objective is to maximize his retirement. Currently, the client’s brokerage accounts are over two million but is hoping to grow that number to five million.

Sharla’s first suggestion was whether or not the client should file as an  S-Corp or C-Corp.

After some deliberation, she and Luba concluded a C-Corp will produce the most tax benefits. Even with undistributed money, C-Corp’s grow money within themselves via tax at 21%.

Pertaining to growth, money in his normal brokerage is being taxed at 37%. To grow his money in his C-Corp brokerage account, he must leave the money in the account alone, which should be possible based on his background information.

For example, he may keep the money in the C-Corp brokerage account for 15 years. He still has to pay $800 annually. Since his income is already high, this annual price of $800 should not bother him at all.

S-Corp is not going to satisfy the client’s needs in this situation because it requires paying a salary. This salary will then take the money and place it in the 37% marginal. He won’t save on self-employment tax, and he has already maxed this out anyway.

C-Corp instead offers a flat rate that better suits the client’s needs.

Sharla suggested charitable planning in the amount of $50,000. It will lower his taxes and reiterate his goal to save more money for retirement.

Luba is not certain if her client is charitably-minded. However, Sharla knew that this could be a possible issue and reminded Luba to “sell the advantages of a charitable arrangement.”

Sharla offered the idea of having life insurance in a C-Corp. Then, she brought up the corporate variable universal life policy. This acts like a no-limits Roth so the corporation will be able to pay for it.

Life insurance can be deductible, but proceeds are taxable in the end, meaning the client could put $50,000 into it every year and would still have to pay taxes, but the money will grow tax-free.

Sharla poses the question, “Would you rather pay tax at 21% on a $50,000 contribution every year or pay tax at 37% on a two million dollar pat death?” The corporate variable universal life policy is a much simpler strategy if he is not trying to get the immediate tax deduction.

In short, the corporate variable universal life policy is not entirely necessary--but it will help the client receive a lower tax rate.

Another option would be taking a loan from the company to buy the insurance and once he gets the insurance, he pays the loan back.

During this conversation, Luba asked if she should recommend her client buy rental real estate. Sharla eagerly supported Luba and added that rental real estate is the fastest way to grow wealth if you know what you are doing.

If the client wanted to do a solo 401k or some type of retirement, he would have to pay some kind of salary to qualify. He also might be able to get some enhanced retirement through this process.

Luba suggested a $20,000 salary that will all go into his 401k. She also brought up the idea of profit-sharing through his own company.

However, that wouldn’t work in this situation. To max out the 401k at his company, we are taking the induction out elsewhere. Profit-sharing is only by the employer, and there is no income limitation. The employee does not have to defer, and the employer is maximized at an eligible payroll.

Say he contributes up to the max of the match at his job. That will be the full amount because he makes a high salary. So, if he took away contributing at the employer level for his employer, he will lose that match.

If he contributes at his company’s level, it would turn into payroll with additional taxes. Now he can get reimbursed on this 6.25% social security on his personal tax return since he’s already maxed out at his consulting job. The company’s matching 6.25% does not get reimbursed. Through this, he would only get 25% of his eligible payroll. He doesn’t want any more payroll that is available to cover the employee. This whole situation is not a win-win for the client because he already has all of these advantages over at his main job with his company.

To Sum it Up

With all of these ideas and strategies, Luba is told to present them to her client.

If a plan is put in place with a $50,000 contribution for ten years, the client will have about ten million dollars available to him at the end of that ten-year span.

Whatever he has in his IRAs, 410Ks, his regular brokerage accounts, HSA, and his backdoor Roth will add up for 10-15 years. After those 10-15 years, he can obtain his goal of having five million dollars for retirement.

With Sharla’s help, Luba was able to put together a tax plan that would help her client reach their retirement goals.

TaxPlanIQ clearly laid out the plan so that she could demonstrate her value to her client.

If you’re interested in growing your firm, try using TaxPlanIQ! If you take on the Professional Plan or Elite Plan you’ll also gain access to our Case Study Labs, like this one, where we will help create a tax plan for your clients using TaxPlanIQ.