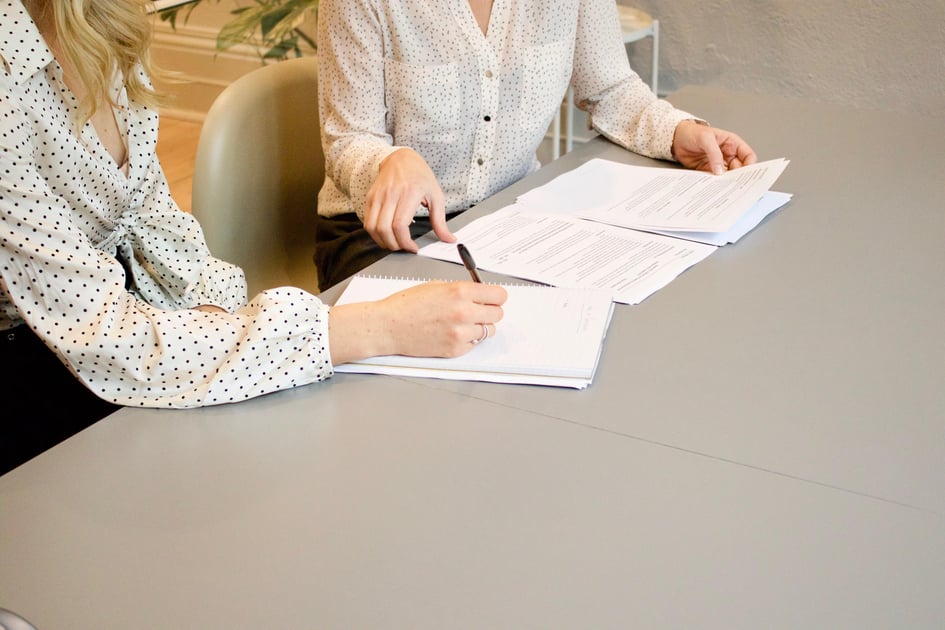 Tax planning isn’t always easy. And once you’ve put together a plan, you're tasked with explaining it to your client so they see the value in your work.

Your plans are here to help your clients, but how can you find a way to make them understand?

In today’s case studies, Sharla will assist Luba with creating different options for her client’s sudden long-term capital gain. Sharla will also meet with Greg and figure out a way to increase his client's yearly income.

She is married to her 90-year-old husband. The couple doesn’t necessarily need the money because they were doing fine before. They have had enough retirement funds, a pension, and they were getting close to $200,000 a year.

Every year, the couple spends a significant amount on medical expenses from $50,000 to $60,000. This is the only reason they itemize. The woman’s husband is bedbound, and she acts as his caretaker.

The couple is doing well and has good dividends, IRAs, and some stocks which are mostly under the woman’s name. They have paid off their house, and they made some charitable contributions. The house, however, is under the husband’s name only because they married later in life and the house was already under his name. Luba’s client is not in the title nor an owner of the house.

Her husband has children while she has no children or beneficiaries. She suspects that, in her husband’s will, everything will go to his children. She doesn’t think she’s going to get the house. She will be left with her retirement.

Because of this unexpected long-term capital gain, the woman panicked and called Luba. She said she needs to change her estimated taxes. Luba, instead, wants to help her reduce her taxes.

The woman has lived in the house with her husband for 20 years. Luba advised her to go to an attorney. The husband, being in his old age, could suddenly pass away. He is the reason why the number of medical expenses is so high.

The situation with the woman’s house is more of a scenario involving an attorney.

Potentially, the husband could sign the house over to her. Either way, Sharla and Luba both think the woman should go to an attorney and make sure she obtains any possible claim.

Where does the capital gain arise?

The woman invested in things about 30 years ago and forgot over time. Suddenly, she received a call from her financial advisor that a company she invested in had been sold, meaning she got the capital gain.

The social security of everything from last year, 2021, had a total income of $232,000. Sharla said a good idea would be to defer it and put it in a Quality Opportunity Zone (QOZ). She has five years to save 10%.

The woman may not want to go through with this idea. If so, she will have to pay 20% due to her long-term capital gain at this tax rate. Sharla wants to try one of Luba’s strategies to lower the tax rate so she can pay 15% instead.

Sharla recommends that the couple donates appreciated stock based on an existing stock that the woman still owns. They could donate $50,000 from this appreciated stock and would have a deduction and save on Federal Income Tax. They will also earn an extra 5% on long-term capital gain savings.

If the couple did a QOZ, they could get a deferral of $60,000. Their income would not include this process. In future years, she may have less income and take this money out. This method would put her into the 15% bracket again. Currently, she’s in the 20% bracket. Sharla is using a strategy called manipulating the rates.

Including Quality Charitable Distributions (QCD) with an approximate amount of $20,000, the total comes to $130,000. Having $20,000 would help her reduce her income and overall put her in a lower category.

For the capital gain, Luba wants to do a planned amount of $300,000. She suggests a $300,000 QOZ investment, but she needs to talk to her client about this plan first. Right now, her client doesn’t need this money. Yet, at the same time, the client is trying to take more of her husband’s money because she doesn’t think she will inherit any of it. She can lower her personal distributions and use this capital in her later years after her husband passes away.

Moving onto Scenario 2, Sharla increased the plan amount for donated appreciated stock to $75,000. This plan amount totals her FIT savings here to $27,750. Sharla also increases her QOZ to $300,000 and makes $60,000 in long-term capital gain savings. Her QCD remains the same.

Sharla says that a lot of creative thinking is welcome in this case study. Luba now has various options to introduce to her client and several ideas on how to limit her long-term capital gain.

Greg’s client is an up-and-coming attorney. She started her business in 2019 and is making a little over 6 figures. She is anticipating making roughly 7 figures in profit this year.

She is an incredibly charitably inclined person. Even when she was on a lower income, she still made charitable donations. She is in an S-Corp status.

She runs a law firm and has been a solo office for a couple of years, but she is hiring a couple more attorneys in the next year. She is single with no children. She only took a few thousand dollars in distribution and has $9,000 in mortgage interest on her personal return.

She lives on $48,000 a year, which Sharla thinks is not enough. How can this number be potentially increased?

Sharla says Greg’s client is not making that much money. She has barely any distributions. She tasks Greg with:

Sharla sees an opportunity to put Greg’s client in a family-limited partnership. The attorney might have heirs or people she considers family. She could be living with others that might qualify as her family. Sharla says they will not limit her from some of this tax planning.

Right now, Greg’s client is in an S-Corp. Sharla wants to figure out how to do a C-Corp for her.

For Greg’s client, there may be two things that she can do. She can have a family-limited partnership to hold onto her holdings, such as her brokerage account and any of her investments.

This process can pay management fees in a C-Corp. The C-Corp can pay a small salary, so she is technically an employee. One of the benefits for employees is an HRA. S-Corp limits her medical options. Having an HRA can deduct her medical costs.

TaxPlanIQ offers an online questionnaire that Greg can use for his client. This questionnaire will ask his clients questions that may provide more detailed answers than he would get in a regular session and is a great way to learn more about your client.

Sharla was able to help Luba by coming up with various methods that will help her client’s unexpected long-term capital gain. Sharla also developed ideas for Greg as he learns more about his client and how to help her gain more money.

TaxPlanIQ provided the best layout of options for both Luba and Greg. Now, they know how to create beneficial structures for their clients.

If you’re interested in growing your firm, try using TaxPlanIQ! If you take on the Professional Plan or Elite Plan you’ll also gain access to our Case Study Labs, like this one, where we will help create a tax plan for your clients using TaxPlanIQ.